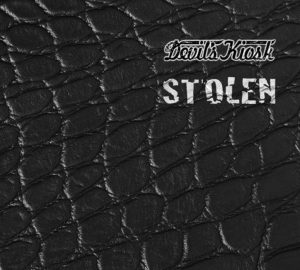 The DK Duo – Jamie Symons & Ross Williams – formed in mid-2019 out of the popular SE Queensland blues quartet Devil’s Kiosk. Jamie and Ross decided to branch out and present to the live music arena an acoustic duo sharing their respective love of, and respect for, early American blues. They both realised their penchant for this style of ragtime/country/delta blues and decided to combine their formidable experience, talents and repertoire knowledge into a memorable, foot-tapping show tracing the origins of this ever-popular musical genre. Born in in Canberra ACT and growing up in Brisbane QLD, music has been part of Jamie Symons’ life ever since he can remember. His formative years were influenced listening to his grandfather play guitar and harmonica, his grandmother on mandolin and his father keeping time on drums. In his mid-teens, and inspired by such luminaries as Sonny Terry, Charlie Musselwhite, Lazy Lester and Jerry Portnoy, Jamie picked up his first harmonica and began to play. His father would encourage him to get up at jam sessions where Jamie’s unique style and on-stage confidence began to emerge. His style developed quickly fuelled by his natural flair, ability and love for the instrument and commitment to solid practice.
In 2013, 2014 and 2015, Jamie took out the Hohner Golden Harmonica championships at the annual Tamworth Country Music Festival adding to a number awards over the past decade and secured an endorsement deal with Mando and Seydel Harmonicas. Jamie was a founder member of popular South-East Queensland band “Blind Lemon” which quickly resulted in a strong following of blues aficionados. In 2014, he assembled the initial line-up of “Devil’s Kiosk”, a blues quartet still proving highly popular and in demand at venues throughout Queensland and Northern NSW.

The unassuming guru of guitar, Ross Williams celebrates 50 years in the Australian music industry this year. He began playing professionally at 16 and toured with some of Australia’s legendary artists throughout the ’70s and early ’80s. Ross’ masterful command of both his instrument and the stage are clearly a result of vast industry experience. His understanding of the blues spans decades and his sensitive and soulful guitar work offers a faultless fusion of swamp, blues and jazz. Whether it’s the intricate, acoustic finger-picking of a country blues and ragtime tune or a slashing Texas shuffle on electric guitar, Ross conjures an exciting atmosphere with his boundary-crossing style and melodic voice.
Born and raised in Melbourne, Ross has toured this country extensively and lived in every state of Australia. After locating to Sydney in 1978, he moved on to work as a musical director, sound engineer, producer and A&R Director for a major international record company, finally settling in Queensland in 1986. He holds a Bachelor of Music in Jazz Guitar and postgraduate studies in education from the Queensland Conservatorium. Commencing a career in music education in 2001, Ross was employed as a full-time lecturer in Popular Music at Griffith University’s Gold Coast campus until his retirement as an educator in December 2017.

Am I wrong from Ross Stenhouse on Vimeo.

Home Made Ice Cream 2 from Ross Stenhouse on Vimeo.

"…ripped with confidence and attitude". Mark Ryding, Time Off Magazine

"…their raucous blend of boogie and burning blues licks is exhilarating!" Justin Grey

"…one of the best acts to which you could legitimately apply the label 'Blues Band'…" John Snelson, Get Shot Magazine